AGB Events worked closely with the Macquarie 2010 Bicentenary Committee to commemorate and celebrate the incredible achievements of the Governor Lachlan Macquarie and Elizabeth Macquarie in Australian history.

Key Sydney landmarks along Sydney’s ceremonial Macquarie Street were illuminated, transforming Sydney’s Mint, Parliament House, the State Library, and St Mary’s Cathedral into an outdoor, nighttime art gallery.  Through a series of relevant and inspiring projections, Macquarie Visions was an engaging and educational event, the first of its kind in Sydney.

Macquarie Visions was an important element of the anniversary celebrations and was viewed by over 170,000 people – and by millions globally through extensive media coverage. 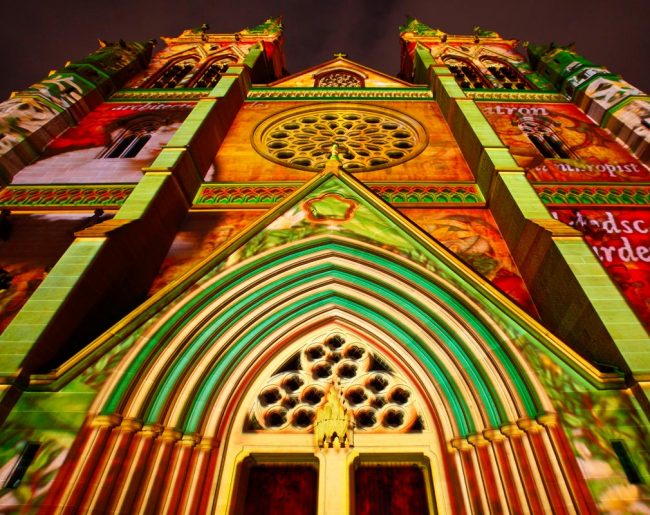 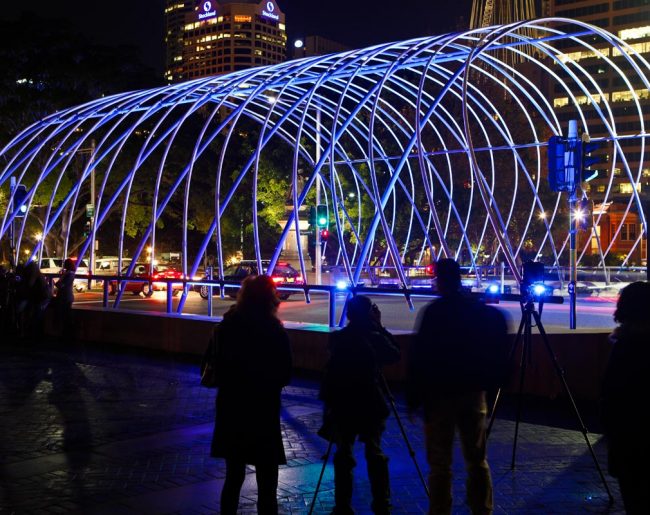 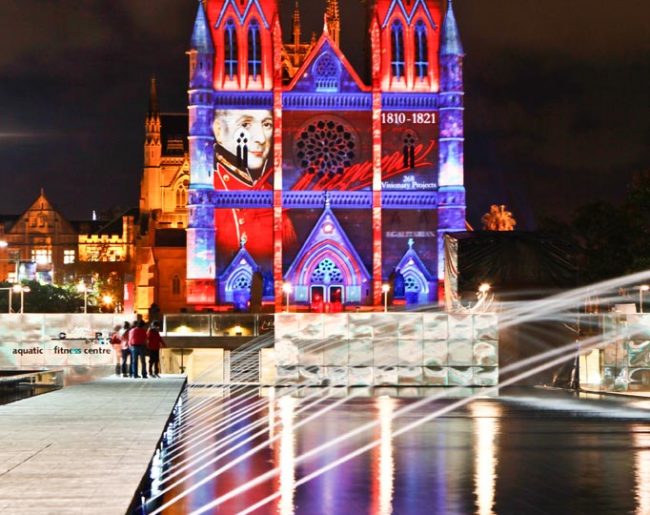 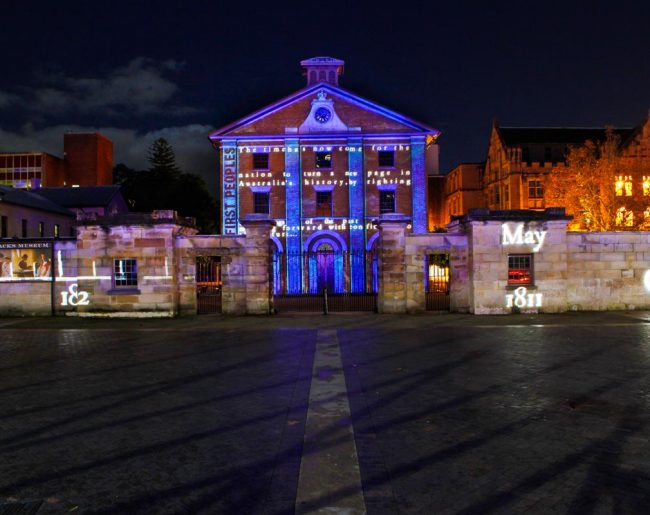 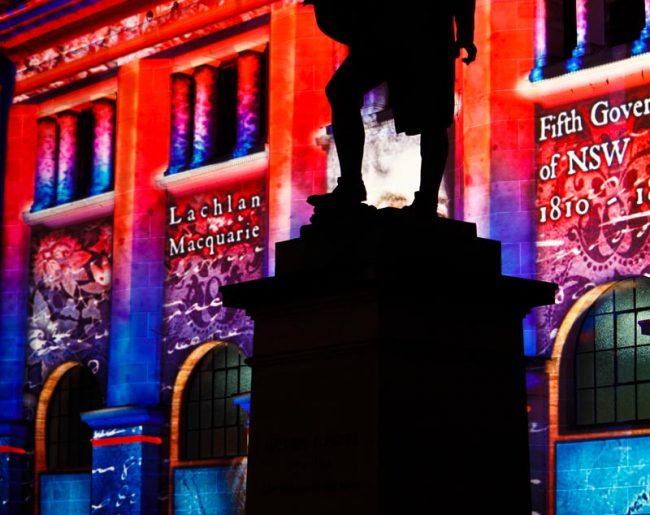 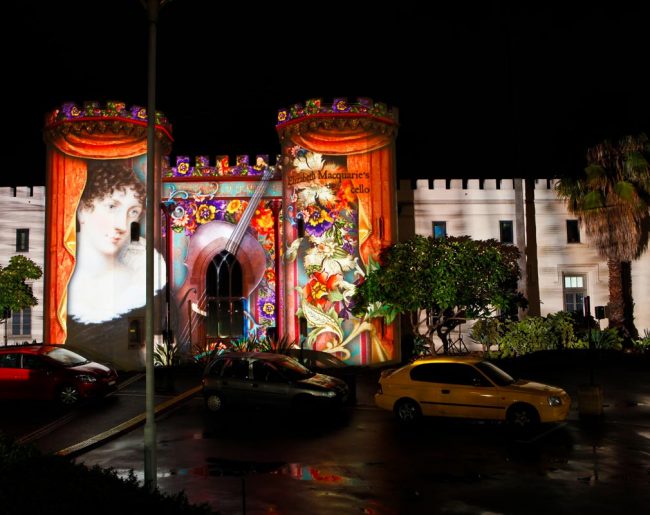 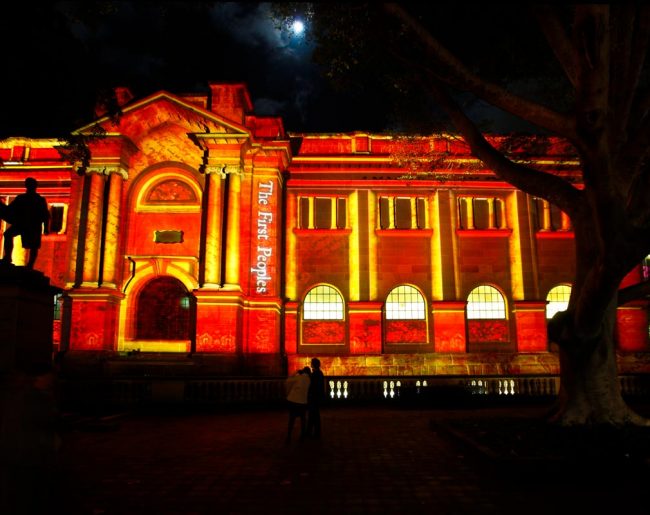 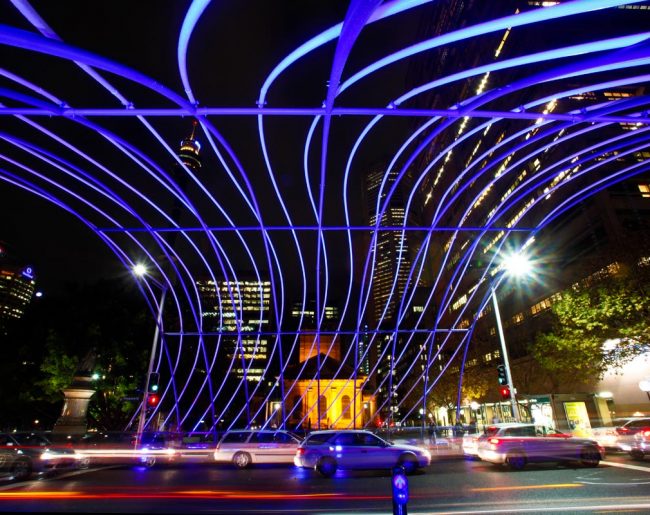 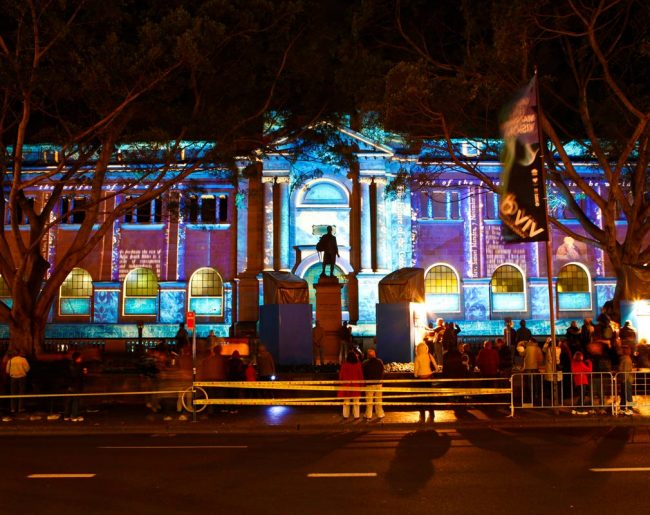 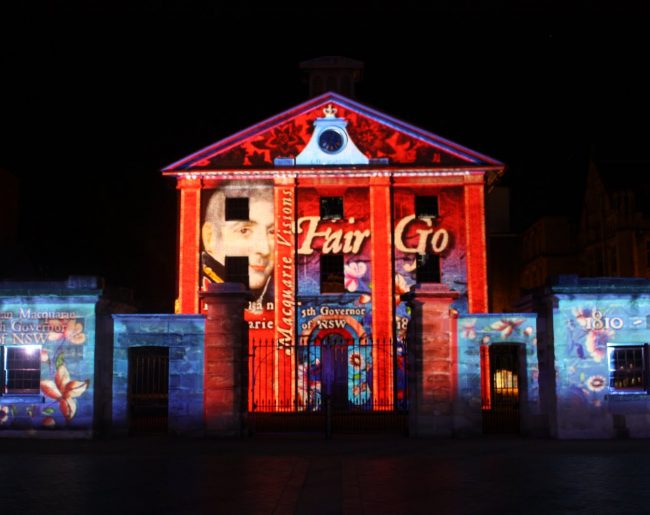 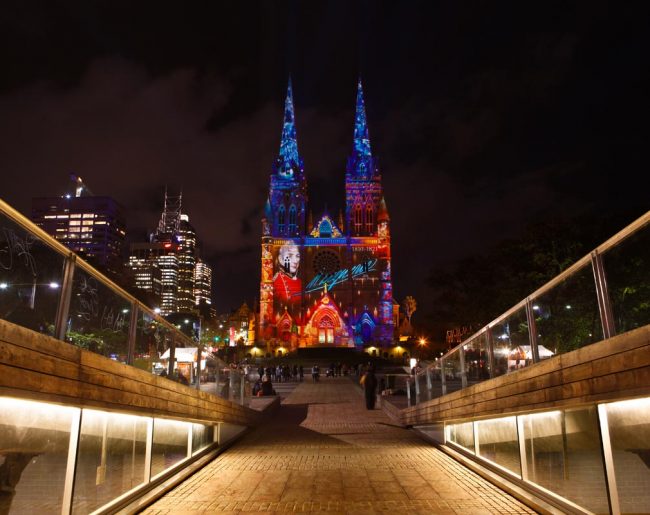 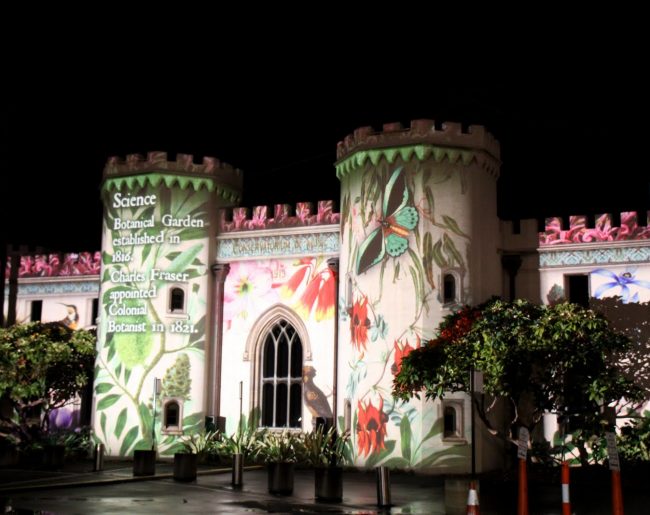 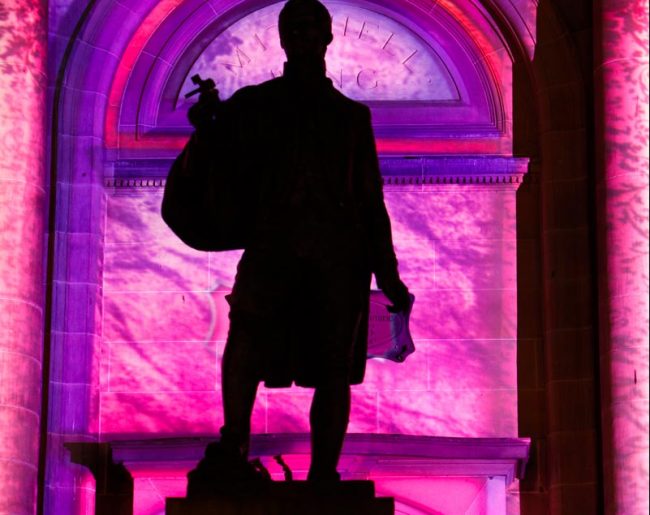 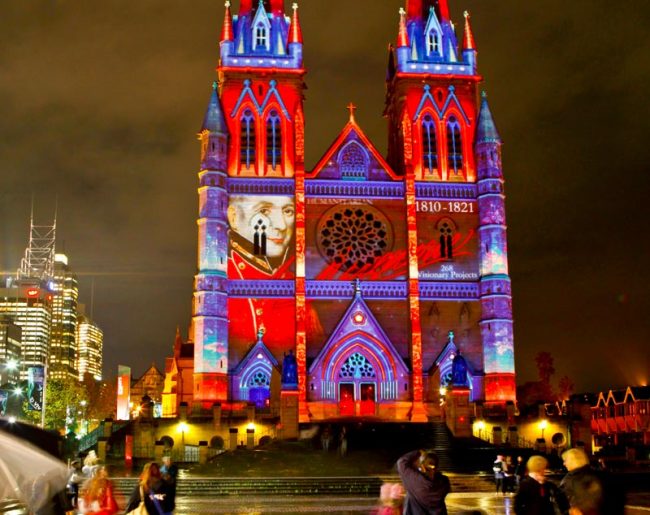