AGB Events was engaged by the NSW Government to curate a reflective digital story commemorating the centenary of ANZAC.

AGB curated a series of iconic imagery that was representative of the national values and honoured the spirit of ANZAC. The emotive digital story commemorating 100 years, was protected onto the Sydney Harbour Bridge pylons and the facade of Challis House – which served as a focal point behind the official ceremonial activities at the Cenotaph in Martin Place.

The hour-long Sydney ceremony experienced record crowds and was broadcast around Australia on radio and television. 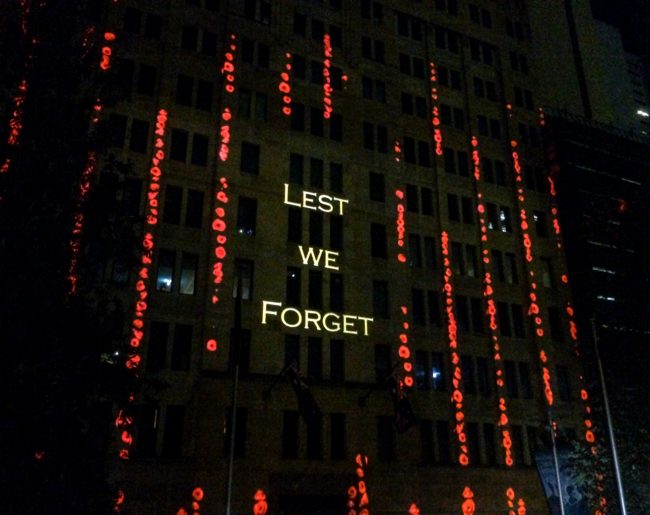 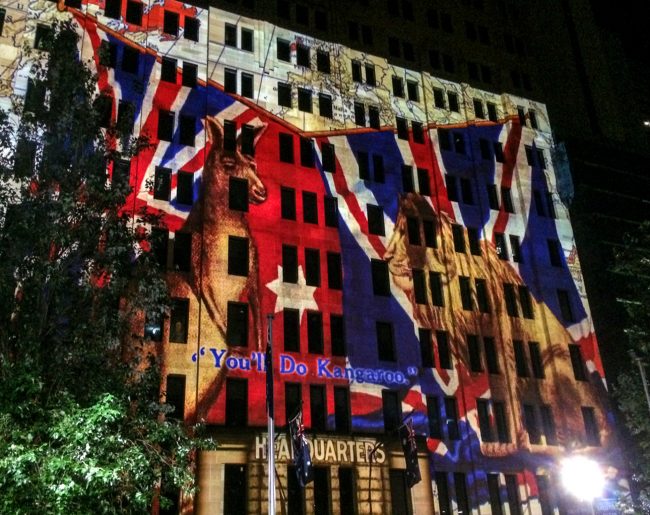 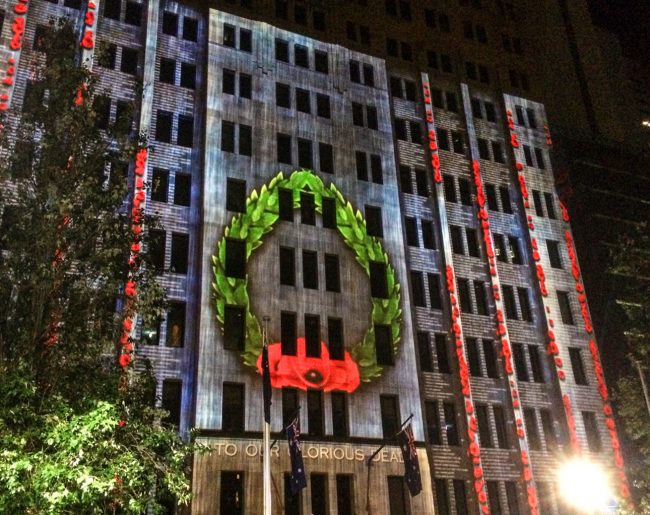 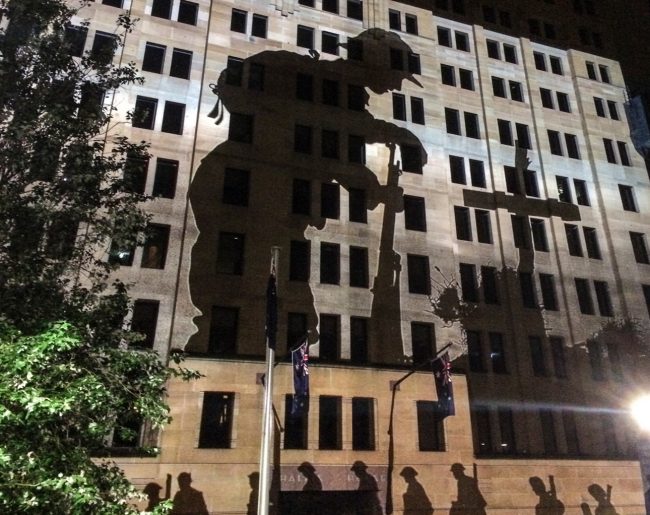 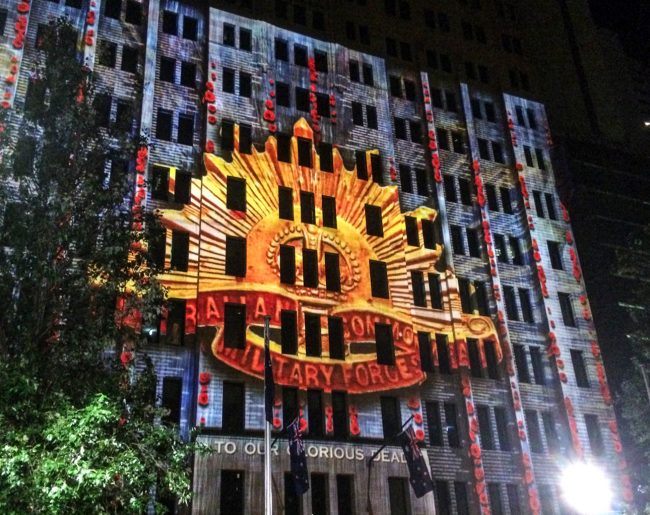 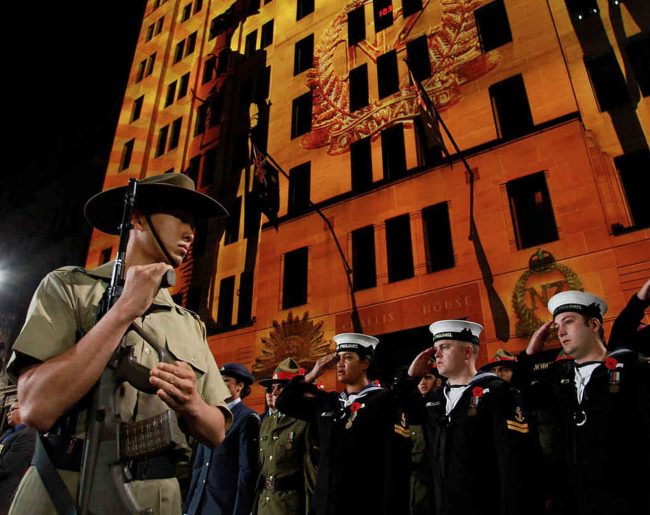 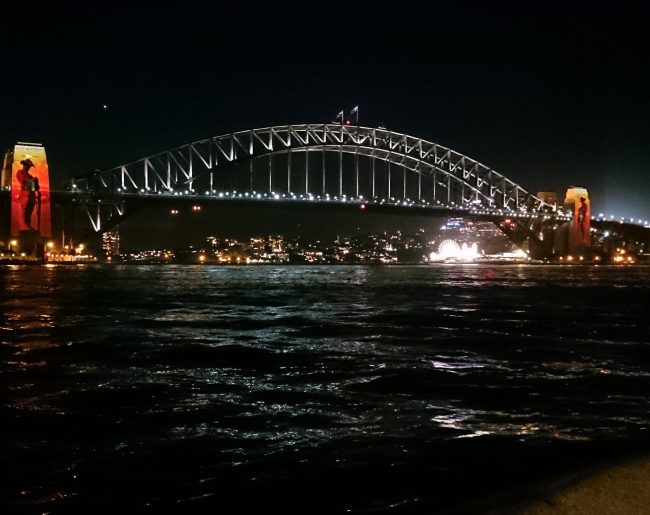 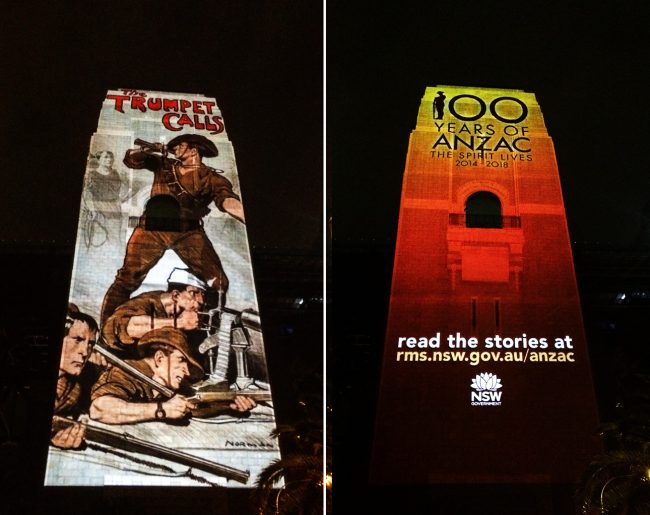 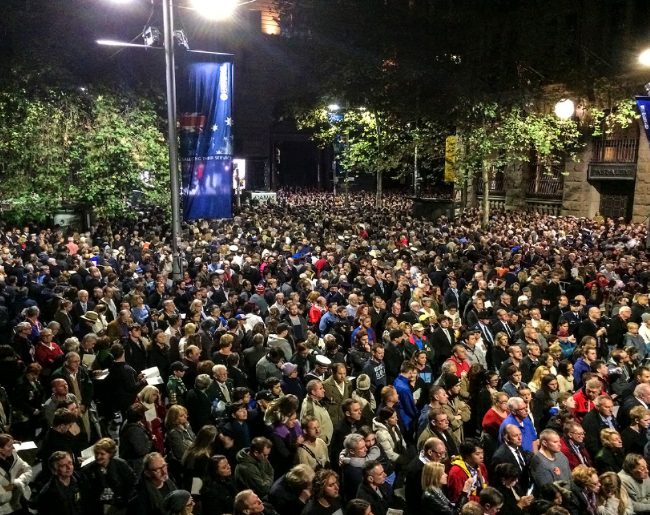